Capital
Kyiv is the capital of Ukraine. It is also the largest city and main political, economical and cultural center of the country.

History
The history of Ukraine is at about 1000 years but the most famous part of it – is Cossacks.
After the Union of Lublin in 1569 and the formation of the Polish–Lithuanian Commonwealth Ukraine fell under Polish administration, becoming part of the Crown of the Kingdom of Poland. The period immediately following the creation of the Commonwealth saw a huge revitalisation in colonisation efforts.
Peasants who fled efforts to force them into serfdom came to be known as Cossacks and earned a reputation for their fierce martial spirit. Some Cossacks were enlisted by the Commonwealth as soldiers to protect the southeastern borders of Commonwealth from Tatars or took part in campaigns abroad (like Petro Konashevych-Sahaidachny in the battle of Khotyn 1621). Cossack units were also active in wars between the Polish–Lithuanian Commonwealth and Tsardom of Russia.
The Cossacks, (from the Turkic kazak,meaning “adventurer” or “free man”), were good warriors and free spiritually people with the base Zaporizka Sich, in Khortytsia Island (at about 520 km from Kyiv).

Ukraine Flag
Blue-and-Yellow is the official Ukraine’s flag
Flags’ colors look like never ending wheat fields and beautiful blue sky above it. Travelling in a summer you will be amazed by it’s beautiful. Make stop and enjoy the great view. Do not forget to make a selfie ☺

Money
The official currency of Ukraine is the Hryvnia (UAH). US dollars and Euros are the easiest currency to exchange in Ukraine
ATMs are available and credit cards are widely used in cities. Outside cities you should make sure you have sufficient cash in local currency.

Religion
Most of Ukrainian believers are Orthodox Christians (or Eastern Orthodox), there are also Greek Catholics, Roman Catholics, Muslims, Jews.

The second group consists of communal customs, which mark important events in the life of the community. Among them are spring songs “vesnianky”, Kupalo festival and others.
There are also very many customs, which are connected with religious holidays.

Cuisine
Traditional Ukrainian cuisine is rich with natural ingredients. You will always remember the taste of tomatoes, cucumbers, pepper, lettuce, onions, apples, grapes and peaches grown in the famous fertile Ukrainian soil.
The Ukraine customs and traditions in cooking are based on a combination of fresh or pickled fruits and vegetables, meat, mushrooms and herbs. Recipes often include a great number of ingredients and their unusual combinations to give them very unique tastes.
The description of Ukrainian cuisine would be incomplete without salo (pork fat). Ukrainians regularly joke, «Salo is our national pride». The Slavic word “salo” or “slanina” as applied to this type of food (it has other meanings as well) is often translated to English as “bacon” or “lard”. Placing a thin sliced salo on black bread with garlic and salt is a quick and simple way to a delicious snack.

Also one of the most popular dishes is varenyky – traditional dumplings from Ukraine .There is a great variety of varenyky fillings for any taste, they can be sweet or salty, spicy or sour, piquant or unleavened. The most popular fillings are: meat; potatoes; cottage cheese; cherries; blueberries.

Song, dance and Music
Singing: The “bilyj holos” (literally white voice) is a hallmark singing style found in traditional, rural Ukrainian and Eastern European folk music. Mostly it uses the chest register and is close to a controlled scream.

Dances: Probably the most popular Ukrainian dance is Hopak. The name hopak is derived from the verb hopaty which means “to jump,” as well as the corresponding exclamation hop! which can be uttered during a jump as an expression of surprise or amazement. The hopak arose as a male dance at the Zaporozhian Sich in the 16th century and gradually spread throughout Ukraine, particularly through the Kyiv region.

Some of traditional Ukrainian folk music instruments
Trembita is a variation of alpine horn made of straight piece of spruce or pine (smereka). Primarily this wind instrument was used by Carpathian Mountains dwellers known as Hutsuls as a signaling device to announce weddings, funerals and other important events. Trembita is usually 3 meters long and 2,5-5 centimeters wide, but shorter trembitas can also be found. The sound of trembita can be heard as far as ten kilometers.

Bandura is uniquely Ukrainian string instrument that combines the acoustic principles of the lute and the harp both. This Ukrainian plucked instrument is considered to have evolved from a line of lute-like instruments. Early instruments had from 6 to 12 strings, but modern variations can have up to 68 strings.
From XV to XVIII century banduras were widely played by kobzari (blind wandering minstrels who sang songs about exploits of Ukrainians) and Cossacks.

Surma is a wind instrument widespread in the Cossack host (Ukrainian Cossacks used it for military signals). It can have many forms but the most common is a conical wood tube with a pirouette (small disc that lies against the player’s lips) and double reed, widening towards the end. Surma has 9 to 10 finger holes. It is thought that the instrument was introduced into Ukraine from Turkey or the Caucasus.

We are waiting for You in Ukraine!

Some facts about Ukraine from Telegraph https://www.telegraph.co.uk/travel/destinations/europe/ukraine/articles/amazing-fact-you-probably-didnt-know-about-ukraine/ 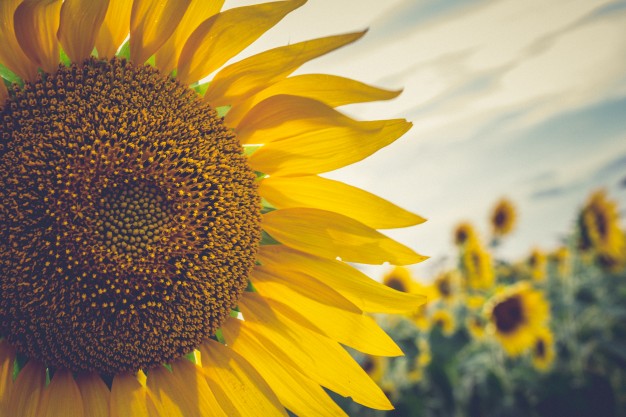