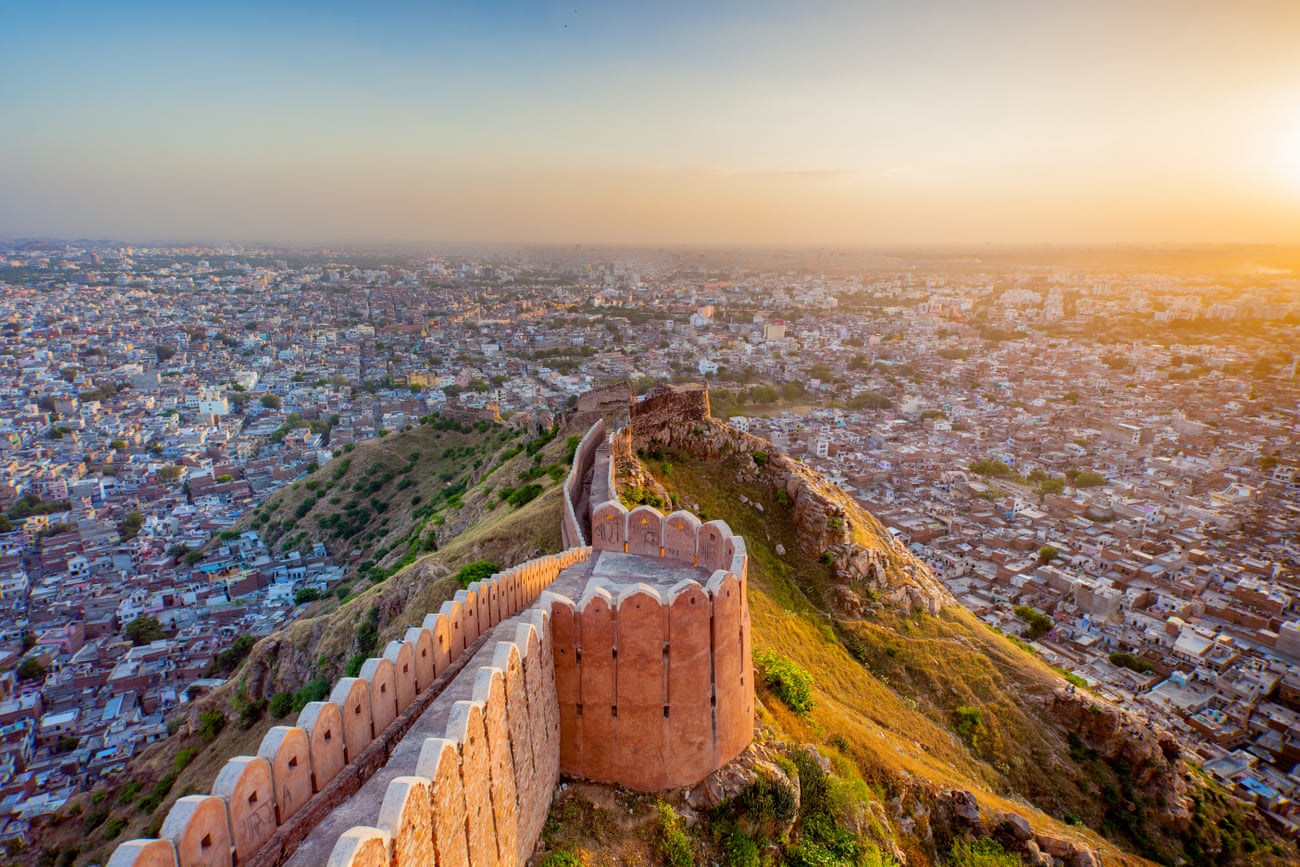 These stunning viewpoints put the fun into funiculars and the drama into panorama – and many have art, bars and cafes to enjoy, too

Winning tip: Jaipur, India
Nahargarh Fort sprawls around a rocky outcrop above the Pink City of Jaipur in Rajasthan province. Take a rickshaw up the hairpin road or go in the evening and tackle the stiff 20-minute hike up the path from the city’s northern edge. Wander the extensive battlements and find an empty rampart or dome-covered lookout for incredible views over the constant tumult of Jaipur. Grab a late beer at the fort’s Padao Cafe and watch the famous pink render of the city’s buildings glow in the evening sun. 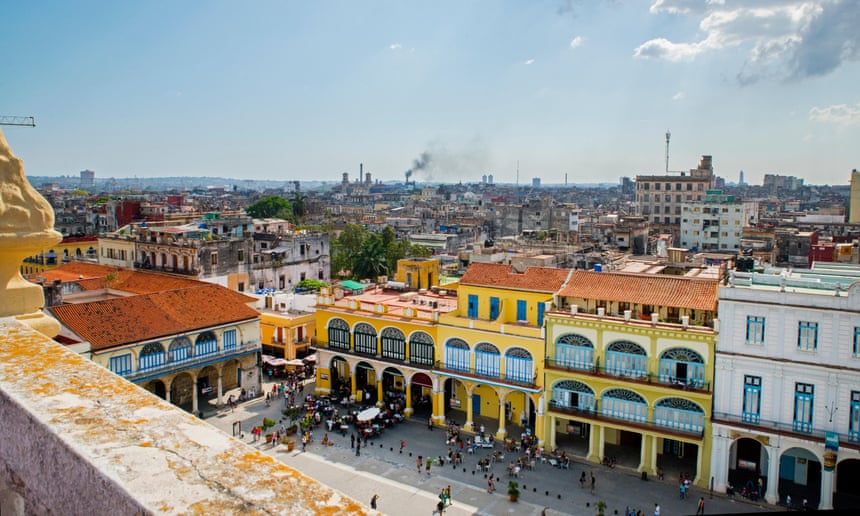 The best views of the colourful houses and sparkling blue bay of Havana can be found hiding in plain sight on the corner of the Plaza Vieja in Old Havana, at its tallest building: Edificio Gómez Vila. It was surprisingly bereft of visitors when I visited: after ascending in the lift and paying the two pesos ($2) to enter the terrace, I had the large terrace with its amaing views to myself. The panorama is worth the entry fee alone, but the show inside guiding you through live views from the only Cámara Obscura in the Caribbean, which offers 360-degree views of the city at 30x magnification, are worth a look too. 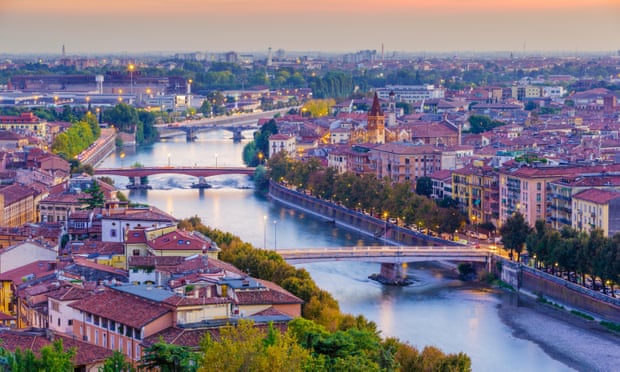 We discovered an extraordinary view over the rooftops of Verona’s historic heart when we visited a wine festival there, with tasting stations throughout the city. The final tasting involved crossing Ponte Pietra and taking the funicular up to Castel San Pietro. Terraces extend in front of the castle, from where the view over medieval Verona, its towers and palaces all tucked inside a loop of the Adige river, is a stunner. Romantics should aim for sunset. The Reteodorico restaurant at the top of the funicular has garden terraces perfect for enjoying the panorama over a meal. 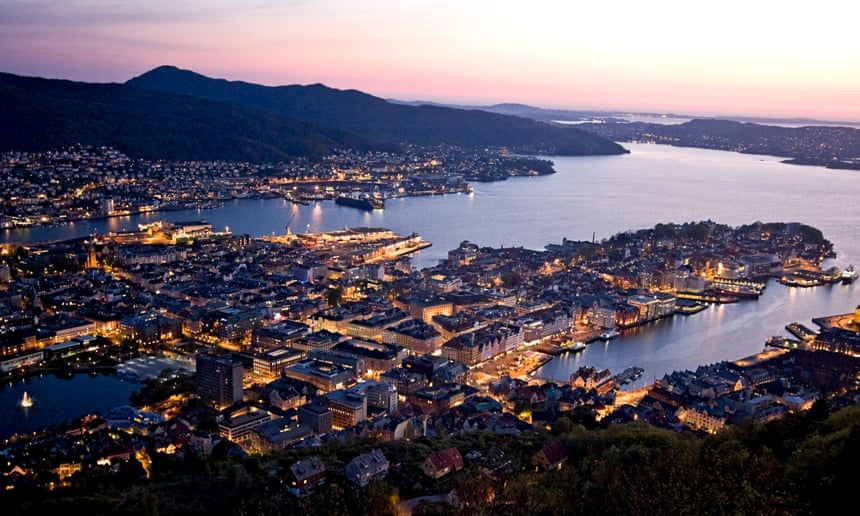 Bergen after dark, viewed from near the top station of the Fløibanen funicular railway, is a magical sight. The daytime view is impressive, but it’s as evening draws in that the lights of the city and ships around the harbour sparkle, especially if it’s cold and clear. If my partner and I hadn’t had already had the talk about not getting married, that view might well have brought on a bended-knee moment … You don’t have to take the train to see it: you can walk up to the viewpoint from the city centre and head back down for a coffee, or another expensive beer, afterwards.

This city is full of fantastic viewpoints, and you get a different sense of the place from each of them. A favourite was the terrace of Fauna, a hotel/restaurant that did excellent pisco sours in Cerro Alegre; depending on which direction you look, you either enjoy the sight of hundreds of colourful houses perched haphazardly on the city’s 42 hills or, if you time it right, watch the moon rise over the mountains across the bay. The poet Pablo Neruda so loved looking over Valparaíso that he built an amazingly surreal house (open for tours) high above it. 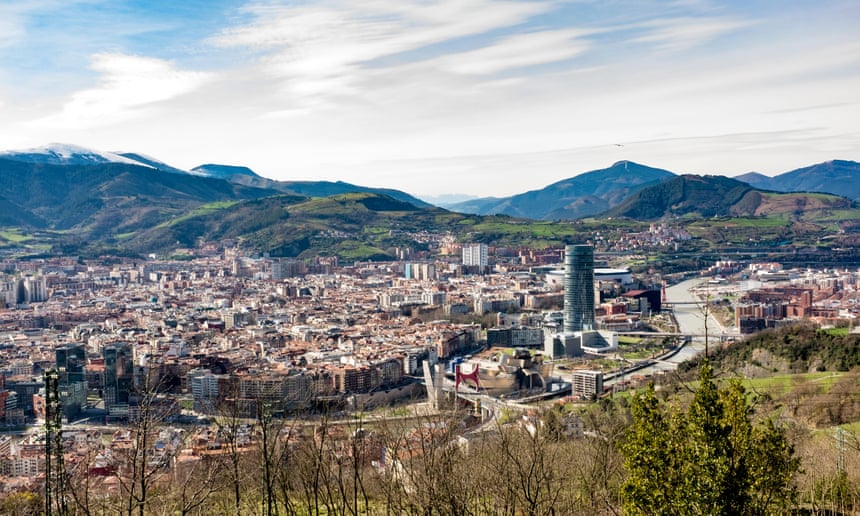 Whenever we take friends to Bilbao, our starting point is the Mount Artxanda funicular, providing them with a glorious perspective of the entire city and the way it sits perfectly between the encircling peaks. The funicular journey takes less than three minutes and costs €3.60 return, a far cry from rather more expensive counterparts in other cities. The view from the top is truly spectacular, taking in the whole city including the Casco Viejo, the Guggenheim museum, San Mamés Stadium and countless bridges across the River Nervión. As an added bonus, the park at the summit is a perfect picnic spot. 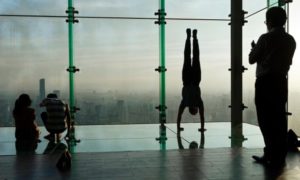 Check out the excellent observation deck at the top of the Lotte Center. An £8 ticket (adult) and a 50-second elevator ride will whisk you up to the 65th floor, where you can gawp at panoramic views across the city. The most spectacular elements are the two vertigo-inducing glass sky decks. You can spend as little or long as you want up top – there’s a bar, fast food stall, and cafe to keep your energy up for all those photo calls. Deck open until midnight. 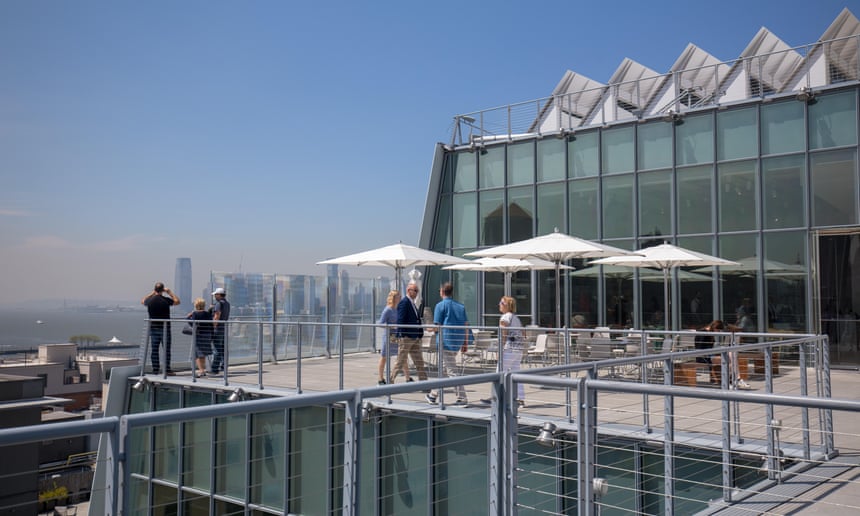 After paying $25 to shuffle around the Museum of Modern Art (Moma) with the hordes in the afternoon, we went in the evening to a “free” session at the Whitney Gallery of American Art in the Meatpacking district. On a Friday evening from 7-10pm it is pay-what-you-like in the stunning Renzo Piano-designed building. The views from the rooftop terraces over the lights of the Hudson, New Jersey and downtown were amazing. Better yet we had the place and exhibitions virtually to ourselves. And for a different city view, the High Line walkway just around the block allows a glimpse into the apartments of the rich and probably famous as you stroll by their windows. 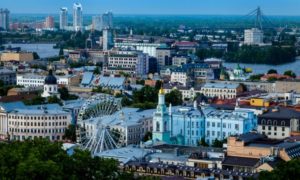 Pastel-hued St Andrew’s Church, at the top of a steep hill in the historic Podil district of Kyiv, has wonderful baroque architecture. But what really sets this church apart from the many others is the viewing platform, accessed for a mere 60p, which affords magnificent 360-degree views of the city. You can gaze down upon the colourful old houses, domed churches and the cobbled street known as the Andriyivskyy Descent before turning around to discover the river and modern city. 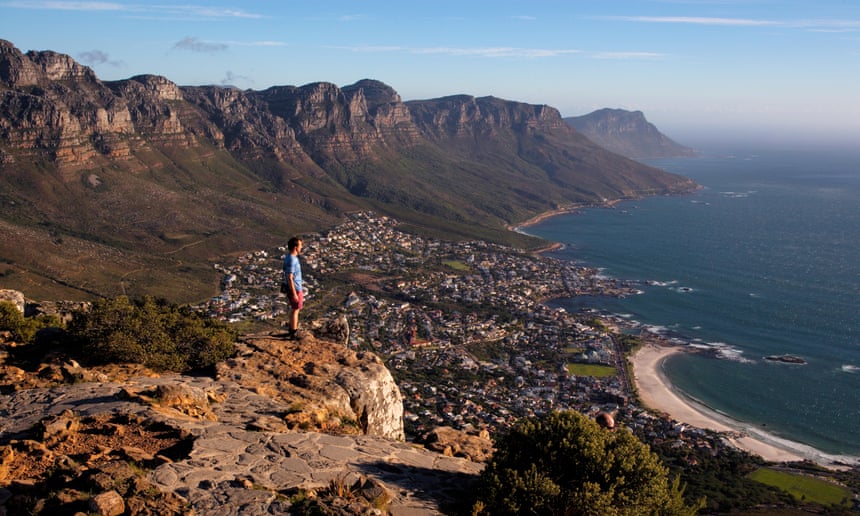 This must be one of the most beautiful cities on Earth and the view from the top of Table Mountain is an obvious one. But not many people know it’s even more beautiful from neighbouring Lion’s Head. At almost 700 metres, Lion’s Head has the most breathtaking vistas of Cape Town below and the mountain above. The two-hour hike entails some steep ascents and, on one route, holding on to chains close to precipices (the main route signposted to the left is much easier) – but it’s all very rewarding and lots of fun. The trail twists around the peak so you get views of the whole area. For the brave, there’s also a vertigo-inducing rocky outcrop at the very top, perfect for posing on the Insta!