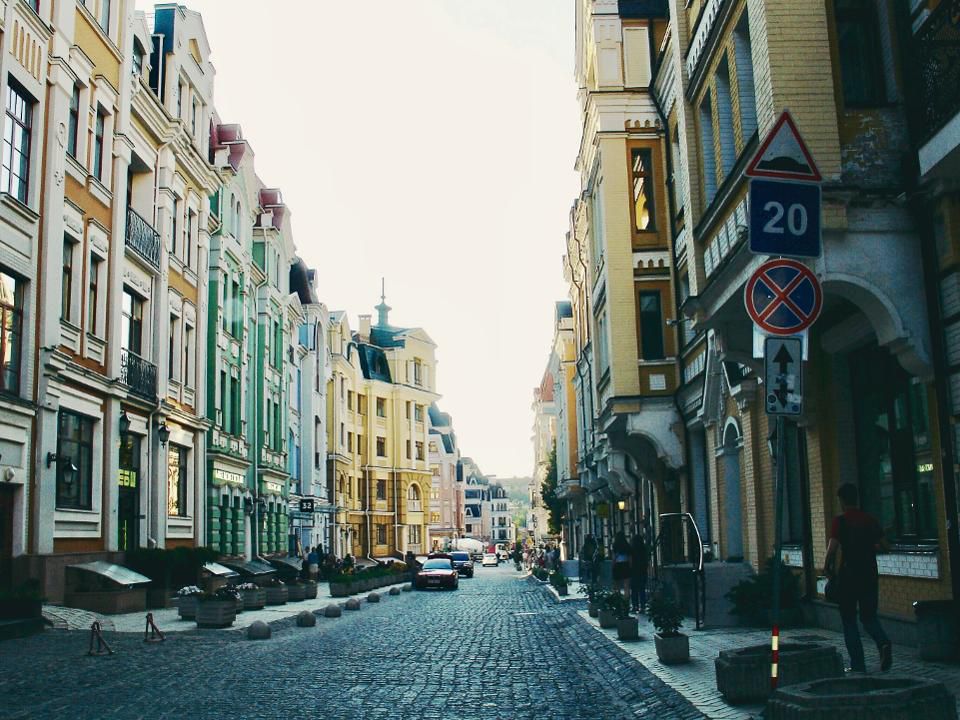 I’ll be brutally honest, Kyiv was never very high on my list.
Between the recent revolutions, ongoing conflicts with Russia and – I’ll be honest – brutally cold weather, it was a place that, as intriguing as all of this was to me as a journalist, it just wasn’t a place I was sure that I wanted to visit, let alone promote that someone else visit.But I was wrong. And it didn’t take much research, or many conversations, to quickly figure that out.
Because there are some seriously cool things happening in the city. Things that is setting Kyiv up to have a moment (if it isn’t already). From secret speakeasies and world-class cocktails to social projects supporting progressive endeavors across the city, to the coolest neighborhood to stay in when you visit and where you can actually get behind the wheel of a tank (yes, a tank), there’s so much more to Kyiv than you could ever imagine. Here’s what’s making Kyiv Eastern Europe’s coolest capital city to stop overlooking.
The cocktail scene is worthy of international recognition.
The cocktail scene in Kyiv is one of the most exciting I’ve seen in a while.
Beautifully balanced, well-curated cocktails are replacing straight shots of vodka (which, don’t worry, you’ll still find those as well) as locals demand a more sophisticated bar and restaurant scene.
From Alchemist Bar where there’s a speakeasy within the speakeasy in the form of a hidden, but well-guarded, seated-only backroom (which I highly recommend – and prefer – to the chaos that goes on in the front of the house) to Parovoz Speakeasy, a bar hidden in plain sight below a buzzing street-side cinema and Barman Dictat, Kyiv is proving to be a place fit for the cocktail inclined. 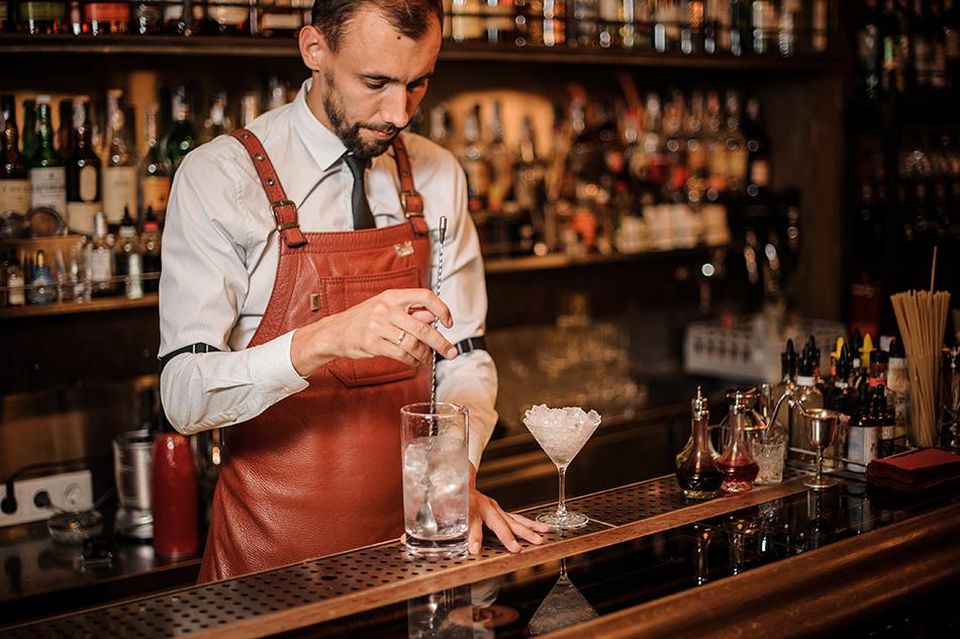 Rumor also has it that there’s even a secret “bartenders-only bar” (as told to me by a bartender from another city) that opens at 2 am and only locals who work in the city’s bar industry are allowed in. I can neither confirm, nor deny, this rumor, but I like the idea, and the mystery, of it.

There are some very cool art and social projects popping up in town.

Places like Urban Space 500, a restaurant that was funded by 500 backers (based on the original Urban Space 100 concept in Ivano-Frankivsk, Ukraine) whose profits go back into social projects and start-ups helping to develop the city are creating ways for locals to get involved, giving them a way to make actionable progress in developing the city at a time when it needs it the most. 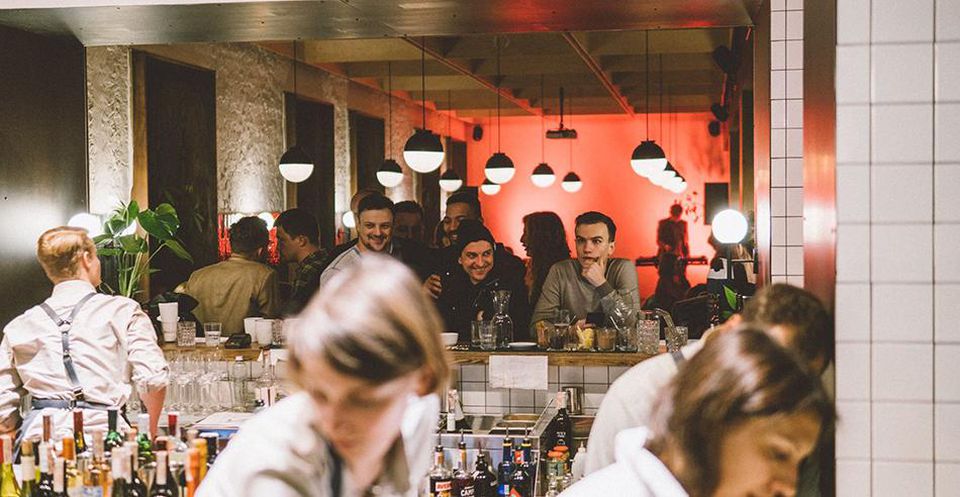 And at The Naked Room Gallery, a space that’s promoting local artists, giving them a voice – and a place – to showcase their work. The gallery also doubles as a coffee shop during the day and a hidden wine bar at night, so there’s never been a better excuse to spend time getting into the local art scene.
Bursa Hotel is setting out to do the same, helping give local artists the chance to get in front of an international audience thanks to their #pickthewall art initiative where the hotel buys all the necessary supplies for an artist to create a piece of work, then displaying it with the aim to sell it on behalf of the artist to interested guests at the hotel. The initiative coincides with Bursa Art Gallery, the hotel’s art gallery that lives in the basement of the building and is meant to get people thinking and talking, rather than to showcase more typical pieces of work, which is something the gallery is doing quite well. 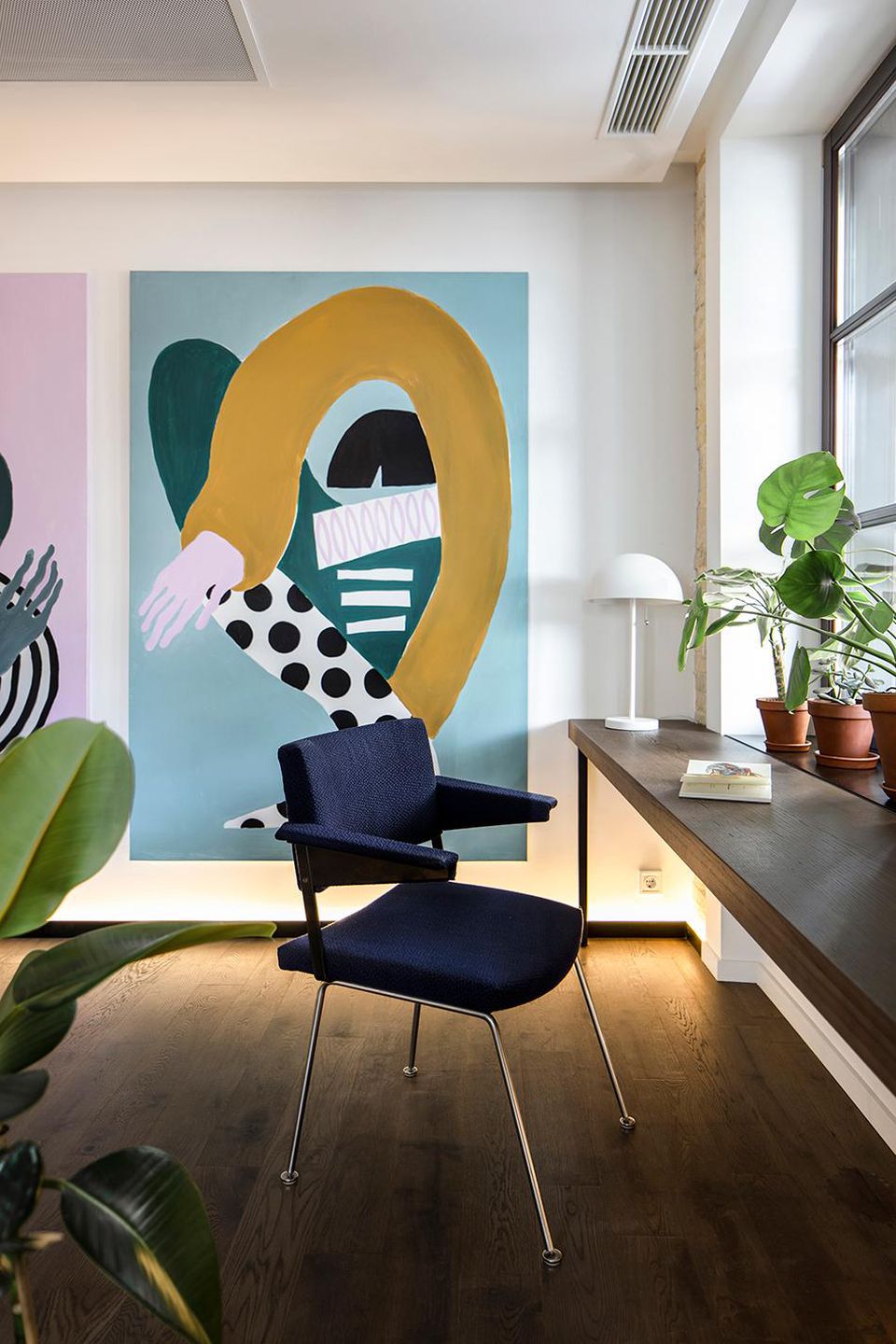 And I have to mention Kyivness, a curated marketplace that pops up on weekends in the city, is back for its second year now that the weather is starting to warm up.

Podil is the city’s trendiest neighborhood, and for good reason.

And speaking of Bursa Hotel, it also happens to sit directly in the epicenter of all things cool in Kyiv’s trendiest neighborhood, Podil. Sitting in what locals refer to as “old town,” far away from the hustle and bustle of Khreshchatyk – the main street that travelers are usually most drawn to – and at the footsteps of St. Andrew’s Church, Podil is like the Brooklyn of the city – laid back, full of great spots everywhere you look and a well-dressed, cool crowd. Basically, it’s where you want to be in the city.

The hotel has even managed to break the rules when it comes to hotel bars. The hotel’s rooftop restaurant and bar, 1818, is a hotspot for locals who pack into the tiny space on weekends. 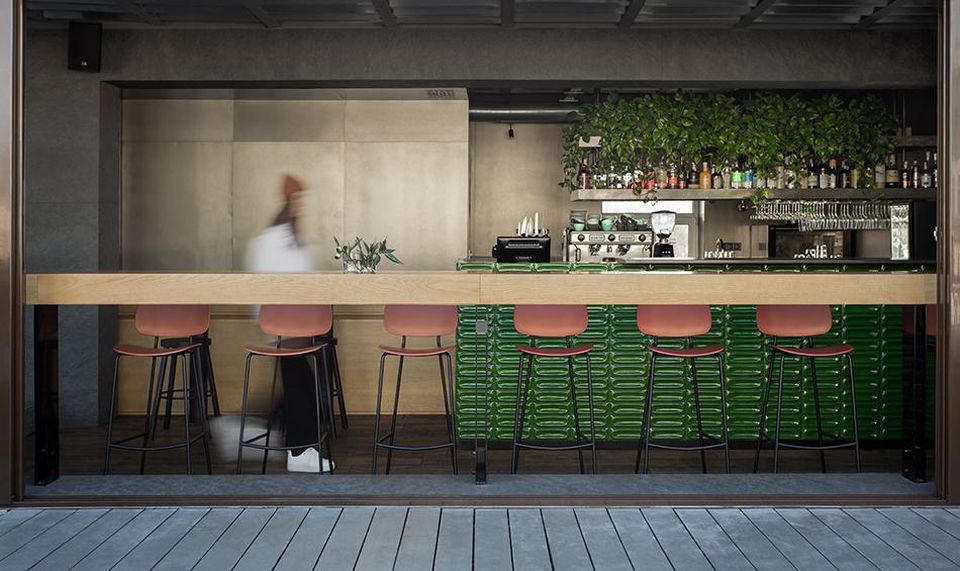 And there’s no shortage of great cafes and coffee shops in the area. From First Point Espresso Bar to Hum Hum Café to Buck Coffee Roasters and Honey dessert shop, the list of great spots worthy of your time (and hryvnia) goes on, including the newly opened (and slightly more upscale) Dom No. 10 restaurant.

And, for $259 you can drive a tank. And visit Chernobyl. Which should help put some of the country’s history into perspective.

As time passes the history of Chernobyl becomes more and more forgotten (although, the upcoming HBO miniseries aptly named Chernobyl, coming out in May, is bound to help with that). 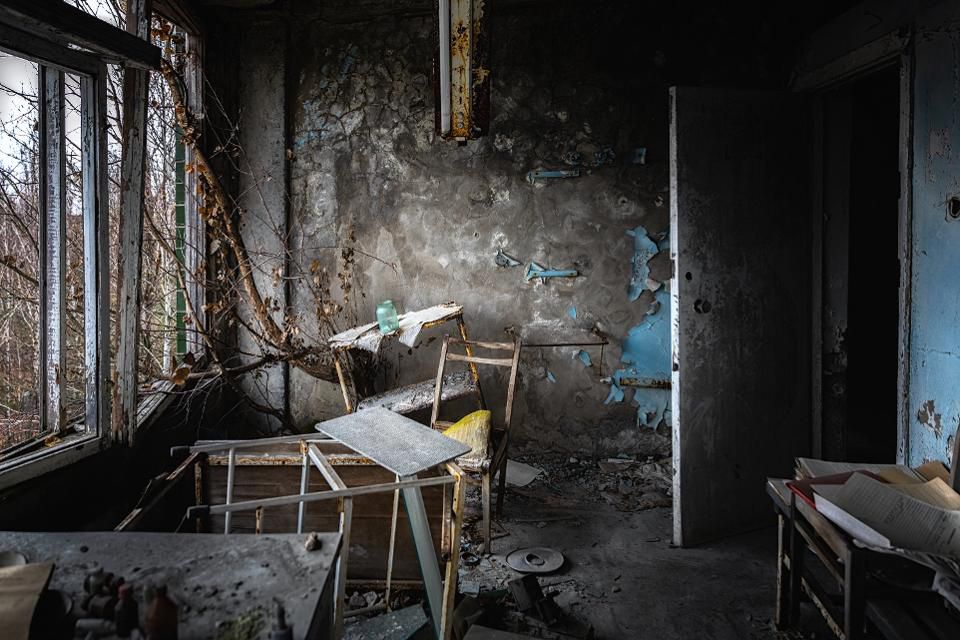 But, HBO drama or not, the truth remains – Chernobyl happened, and it’s affects are still being felt to this day. As the 33rd anniversary approaches this April 26th, tours to the site, which require your passport, pants, long-sleeved shirts and closed toe shoes, are something that helps make this part of the country’s history tangible. You can’t help but be disturbed as you see the abandoned schools, apartment buildings left in disarray and as you take in the decaying effects of the nuclear reactor explosion.

And who doesn’t want to jump on the opportunity to drive a tank? The de-militarized MT-LB tank driving experience that Adventure Tours in Ukraine offers (they do a great Chernobyl tour too) puts you behind the wheel – or, better yet, I should levers – of an amphibious, 240 horsepower, lightly armored tank.

And yes, the experience is every bit as adrenaline pumping as it sounds. And at only $259 for a one person, five-hour tour, why wouldn’t you jump on the chance to have this experience? 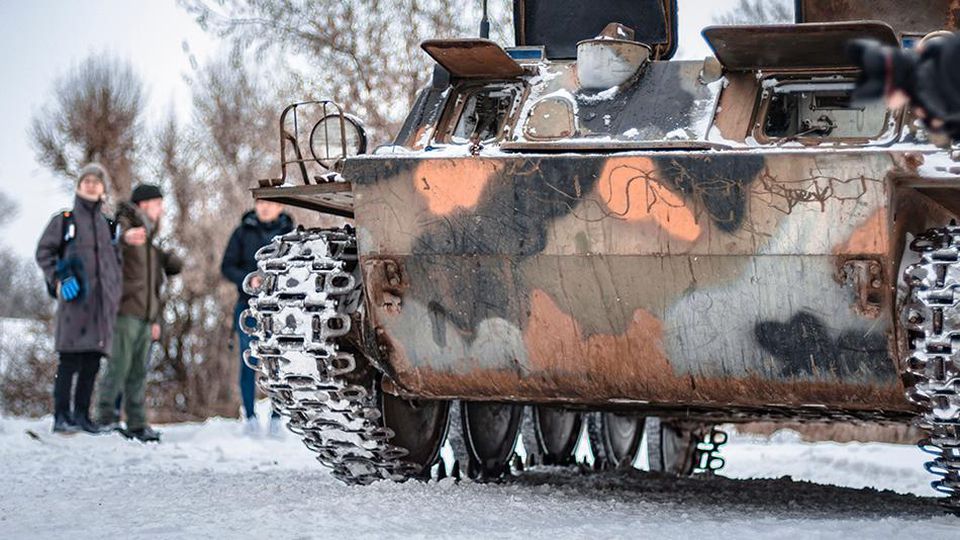 And even beyond Chernobyl and taking out a demilitarized tank for a spin, learning about Holodomor, Crimea and the recent Euromaiden protests need to be something that you take the time to understand as well during your time in the country. Because without understanding those events that have shaped the city’s history and current conditions, you aren’t doing yourself, or the Ukrainian people, any favors by visiting. It’s great to come and drive their tanks, drink their cocktails and support their artists and local businesses, but you need to put that into perspective to understand the impact that your tourism is having to support this historically economically depressed country.

Follow Breanna as she travels her way through some of the world’s most remote destinations in search of her next adventure.