12 reasons I am absolutely extending my stay in Ukraine 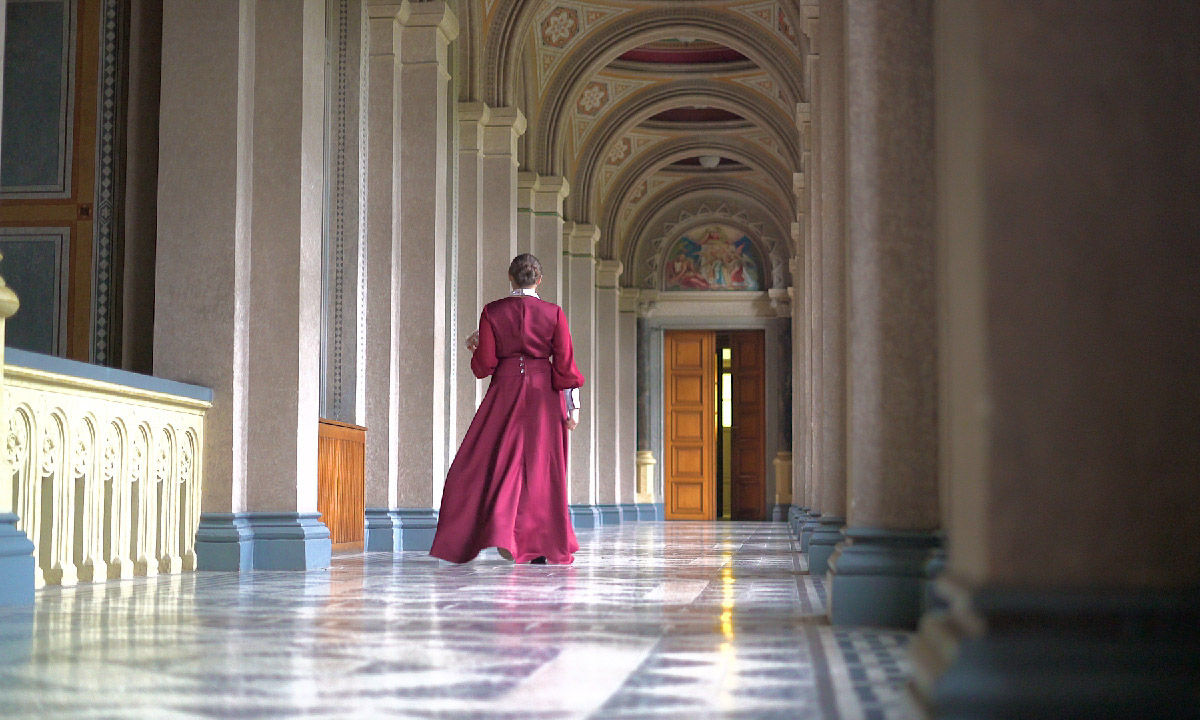 UKRAINE IS the biggest country wholly in Europe, and yet travelers don’t often visit. In fact, most foreigners have a hard time pointing the country out on a map, despite its size. Recently, I was invited by Cobblestone Freeway Tours to join one of their Ukraine trips. The tour brought us to places less seen by visitors and I found it to be a great way to experience authentic local culture. I enjoyed myself so much that after the tour, I decided to stick around and explore on my own.

1. Because of its unbelievable natural settings 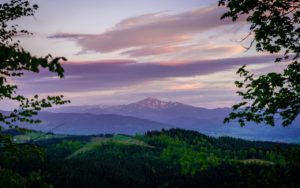 These are the Carpathian Mountains at sunset. Ukraine is beautiful — rolling green hills, snow peaked mountains, lush flowers, and beautiful sunsets. The air is invigorating; the hiking is superb. There are deserts, beaches, 11 million hectares of forests, and over 70,000 rivers and streams. For better or worse (for the local economy) there aren’t many tourists — and thus there is also tranquility.

2. Because costs are still low 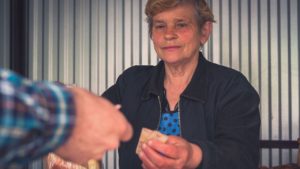 Ukraine is arguably among the cheapest countries to travel around in Europe – if not the cheapest. I have traveled more economically here than in Thailand, Costa Rica, or Morocco. While this means the local economy needs help, it also means it’s a win-win to go and spend as much as you can afford there — and still be able to stay longer than in other countries.

3. Because the food is incredible 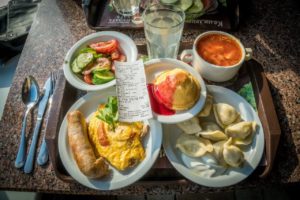 It might be a little bit blasphemous to put a photo of Puzata Hata , the most popular restaurant chain up. I’m doing so to stress a point: if you are traveling on a budget, you can eat delicious Ukrainian food as royalty would. You only need to spend 158.50 UAH ($6 USD) on meat dumplings, pork baked with mushrooms and cheese, homemade sausage, borsch soup, vegetable salad, cottage cheese raspberry dessert, and lemonade, so you can imagine what $15 USD can get you.

4. Because you can Live it up in Lviv 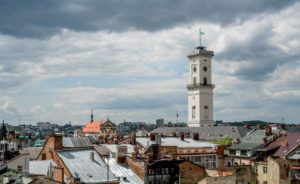 5. Because Ukrainians are super smart 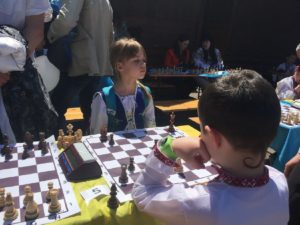 Lviv sometimes gets compared to Silicon Valley. A company that once employed me in the Valley is now here in Lviv, so I believe it. Ukraine has the 4th highest number of IT professionals in the world after China, India, USA, and Russia. However, the biggest surprise for me is their love for chess. As a former three-time USA Scholastic National Chess Champion, I got completely hustled by a street player in a park there. The secret to their chess prowess is that they start them young. This little girl in her Vyshyvanka (traditional embroidered shirt) was clearly thinking several moves ahead – and that’s when she was even paying attention. When she put down Ra1+ for a game winning tactic, she looked up at me and grinned.

6. Because their heroes are poets 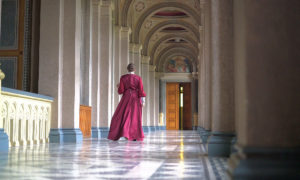 The biggest national heroes in Ukraine are poets. Pretty much every town in Ukraine has a statue of their favorite poet, Taras Shevschenko, who holds the Guinness World Record for the highest number of monuments as a cultural figure. I pondered that while I visited Chernavitzi University , the most beautiful school I have ever seen, with its archways, stonework, and attention to detail, and students in robes. I couldn’t help but feel a respite from an otherwise pretty crazy world. It was like stepping away from it all, to another time, or at least, to another place; a place not overrun by American politics, the Kardashians, or the newest iPhones; a place that refreshed my soul. 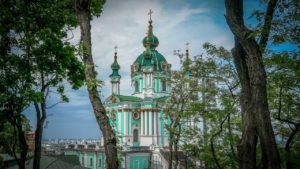 Ukraine has a surprisingly eclectic range of architecture from its diverse history. You can see different influences within each city, from green or pink churches to old castles, and from European to Soviet influences. In Kyiv, you can stroll the pastel Vozdvyzhens’ka Street , and feel like you fell into a European dreamland with its sweet colors and well-kept buildings. Not every street is pristine like that one, but there’s beauty in the rubble too: the beauty of struggle, of conquest, of history. Depending on where you are, you can feel like you’re in Central Europe, or deep in Russia. In this shot, the colorful St. Andrew’s Church seems to leap out of the city.

8. Because it has a complex past and a hopeful future 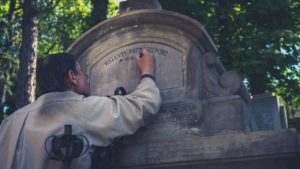 Lychakiv is a beautiful cemetery and actually a highly rated travel destination near Lviv. Ukraine has a diverse past because it has been conquered and divided with barely a break in time since written history. Ukrainians have suffered a lot, and that continues still today. It was robbed and bankrupted by the government in 2014, but it has been rebuilding itself since the Euromaiden Revolution, a people’s revolution also known as the Revolution of Dignity, which saw parts of Ukraine reduced to ashes. With the recent conflict in the east with Russia, Ukraine has become united. Its identity has never been stronger than today.

9. Because you can go back in time 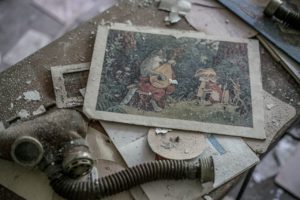 The most interesting place I have ever been to in my life, despite being considered dark tourism, is Chernobyl . Chernobyl was a nuclear meltdown that released 100 times the radiation of the atom bombs in Nagasaki and Hiroshima. The second meltdown would’ve wiped Europe away had it not been prevented by 800,000 brave people. People evacuated their homes with mere moments notice. You can now walk through the abandoned city, left just as it was in 1986 — through its classrooms, hospitals, homes, and an amusement park. Nature has somewhat reclaimed it. Items like this child’s book sits as if the child might return soon. You can visit only on a guided tour.

10. Because of its culture spanning thousands of years 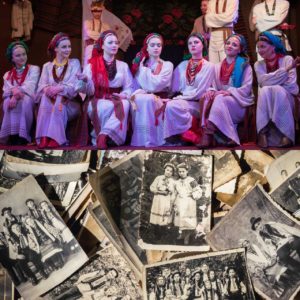 Ukraine gained its independence in 1991 from the Soviet Union at the end of the Cold War and became its own country. However, the people’s diverse culture, tradition, and customs have lasted thousands of years prior to any kind of line drawn on a map. The ethnic groups know that no matter how many times power changes hands, their own identity is paramount. Their songs, dances, embroidery, and craftsmanship have stood the test of time and foreign powers. In the top photo is a Bukovynian dance and music performance in Chernivtsi. In the bottom photo are old pictures found in a cabin from the village of Babyn in the Carpathian Mountains.

11. Because of its people 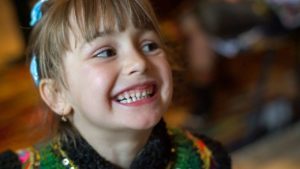 There is a myth is that Ukrainians are unfriendly. On my first night in Lviv, we played Never Have I Ever, and a Ukrainian woman said she has never started a conversation with a stranger. That seems standoffish, right? Well, two weeks later that very same group – now considering themselves friends of mine – made me a birthday video using a printed cut-out image of me, and my AirBnB host threw me a surprise party complete with a violin performance and a trip to Milk Bar for dessert. Ukrainians may not be the first to talk, but they are some of the most caring people I’ve met. You will find that friendships made here are meaningful and true. 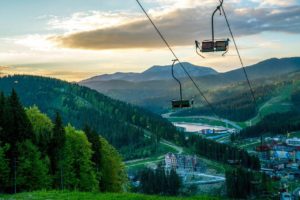 In Ukraine there is just so much to see, not only because it’s huge, but because it contains so much. Bukovel surprised me with its beautiful nature and skiing, sporting 60km of slopes and 16 ski lifts. In the summer there you can also enjoy hikes, a lake, mountain biking, and all the amenities of a resort town. After being here for a month, there are still plenty of places I have yet to see. I would’ve never I would be fascinated by the Ukraine until I got here. Shout out to CobbleStone Freeway Tours for making a lot happen in two weeks, especially for cultural and off-the-beaten path experiences.