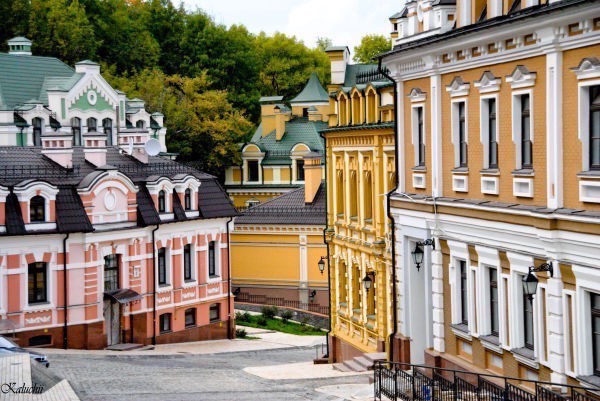 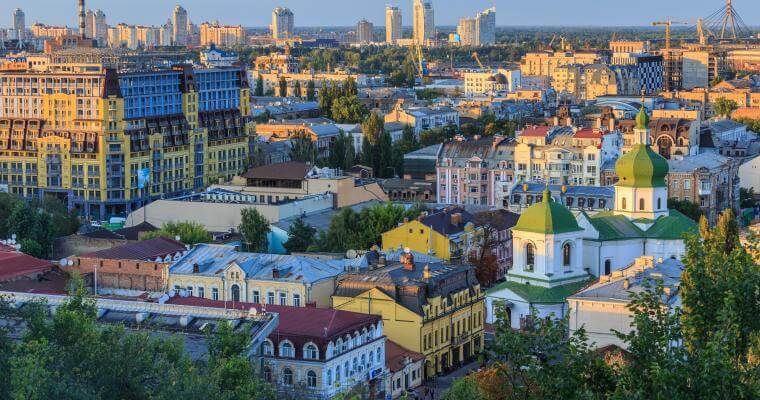 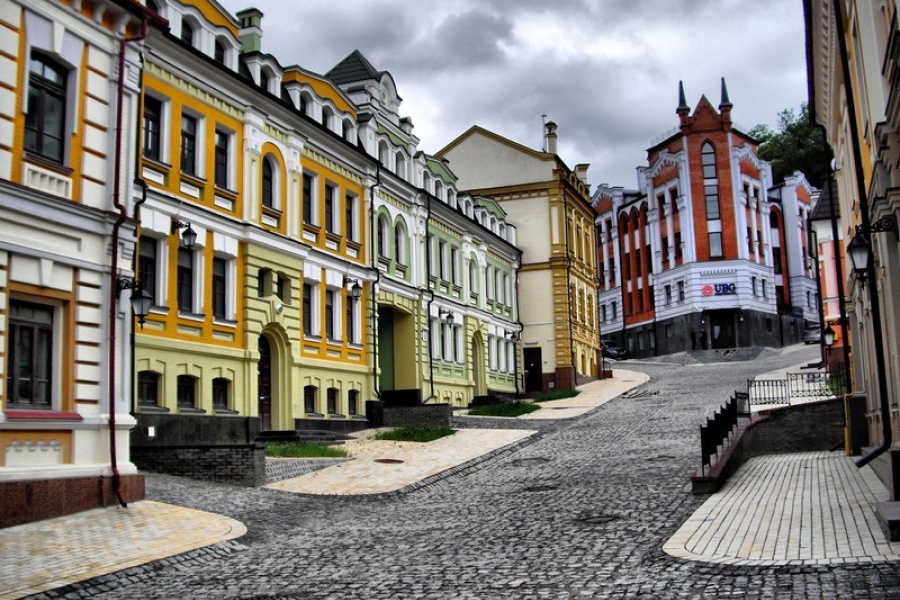 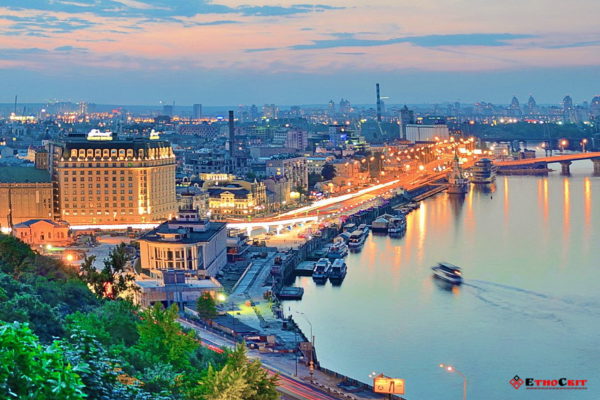 Podol – historical district of Kyiv in the Podolsk district derives its name from its location at the foot of the hills on the Dnipro river bank. Podol – Pridneprovskaya part of the city, an ancient district of artisans and riverines. The modern layout of streets was formed after a fire of June 8, 1811, that completely destroyed the wooden buildings. There are a few descents to Podol. The most popular – Andrew. At the Pokrovska str. there is Pokrovska Church, built in the middle of XVIII century in Ukrainian Baroques style by famous architect I. G. Hryhorovych – Barsky, The Goldenware House of master Strelbitsky, belfry of St Nicholas the Good Church. Podol is famous for many sights. Among them: Florovsky monastery, known from the fifteenth century (rebuilt after the fire by A. I. Melensky in 1822-1824), Elijah Church (1692), the Church of Nicholas Pritiska (1631), Naberezhno-Nikolskaya Church (1772, I.G. Hryhorovych – Barssky), mansions (1811) standing at an angle to the new layout of streets. To the north of Podol is Cyril Church (restored in the Ukrainian Baroque style by I.G. Hryhorovych – Barssky in 1760) with fragments of ancient frescoes, paintings and iconostasis made by M.Vrubel.The only one funicular in Kyiv is in Podol.

Send us a request: Mysterious Podol